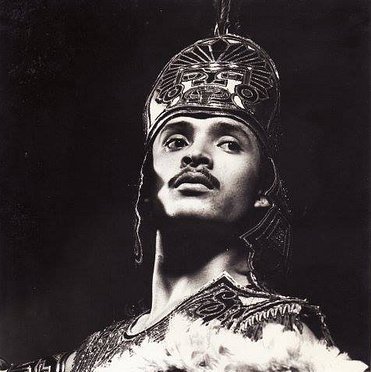 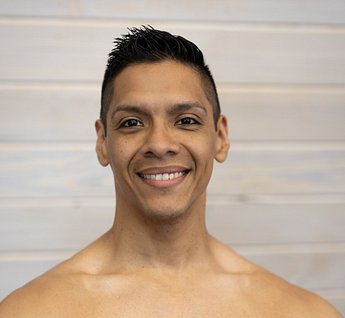 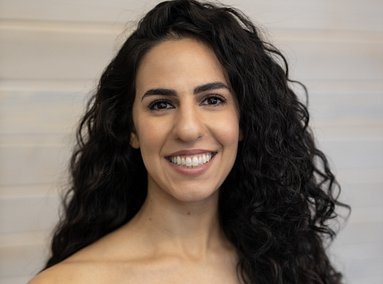 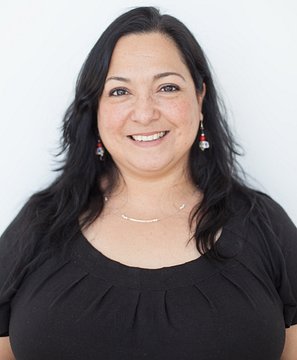 Mr. Flores started his dance training in Laredo, TX. He then moved to Austin where he studied under Rodolfo Mendez and Melissa Villarreal. He joined Ballet East, where he had the opportunity to work with acclaimed choreographers from all over.  He&#39;s danced works by Francisco Gella from Philadenco, Regina Larkin from Joyce Trisler, Hope Boykin from Alvin Ailey American Dance Theater, just to name a few.  Melissa Villarreal took him under her wing, and became her teacher, mentor and friend. Several works were created for him including “Engulfing Addiction” by Melissa Villarreal which granted him the nomination for best dancer. Mr Flores has worked with UpRise Productions as a dancer and actor.  As a result, he landed another acting opportunity with Proyecto Teatro under Artistic Director, Luis Ordaz. J.P. continues to collaborate with Proyecto Teatro by setting choreographies on the acting company.

In the summer of 2010 he attended the Ailey School in NYC and after two years he graduated upon his successful completion of the program.  During the first two summers in New York, he also attended the summer programs for Complexions Contemporary Ballet and Alvin Ailey.  In Summer 2011 and 2012 he taught master classes and choreography in Laredo and Austin to both Nudo Piedi Contemporary Dance Company and Ballet East Dance Company.  Since then he has created over 13 original works for the company.  He’s had the pleasure of working with Nimbus Dance Works, Valleto Dance Company, Awaken Dance Theater, Keen Dance Theater, Dakshina Dance Company, Daniel Flores Company, ModArts Dance Company, Calpulli Mexican Dance and DC Contemporary Dance Theater. Mr. Flores has been nominated for best dancer, has won awards for best choreography, has appeared in People en Español magazine, has collaborated with Ashwell Clinic’s aids campaign and has had the privilege to dance at the Jacob’s Pillow Dance Festival among other accomplishments.

Mr. Flores taught at the Laredo School of Contemporary Dance for 4 years, where he taught classes to the pre-professional programs. J.P. obtained his Bachelor’s degree in Business Administration this May from the Texas A&M International University. In May 2019, after the passing of Mr. Mendez, Juan Pablo Flores joined Melissa Villarreal in continuing the legacy of Ballet East Dance Company. This is Mr. Flores first season as Artistic Director of the company.

In 1996, Villarreal became the Assistant Artistic Director, resident choreographer, and teacher of Ballet East Dance Company, and in 2010 - the Associate Artistic Director.  She has set over 35 original works on the company.  Her first work; "And God Created Woman", was premiered in December 1997.  She has been invited as a guest choreographer for Tapestry's Vision In Rhythm, Paramount Theater's Summer Youth Project, East Side Memorial High School's Drill Team, Nudo Piedi Contemporary Dance Company, UpRise! Productions, and Proyecto Teatro.  Ms. Villarreal's collaborative and independent works have been featured at the Annual National Spitfest, The Hot September Flurries, Frontera Fest, Zilker Park's Trail of Lights, Austin Dance Fest, and the Paramount Theater in Austin.  Her 1999's choreography, "Liquid Diamonds", was commissioned by the Muse Project and performed in Hollywood, California.  Her choreography for the collaborative production of “Ella”, with Proyecto Teatro, was nominated for best choreography by the B. Iden Payne awards in 2017.  In March 2018, an excerpt of her work, “Going at the Stop” was selected for the ModArts Dance Collective Thread Festival and performed at Dixon Place Theater in NYC. An original Ballet East docu-film which she co-producted and directed, “Lightworkers” premiered in April of 2022.  In November of 2020, she collaborated with Ashwell Clinic to choreograph a video campaign to raise awareness of HIV resiliency.  The video premiered this past  June at The Paramount prior to the movie screening of “Paris is Burning”, in celebration of Pride Month in Austin, Texas.

As a guest teacher she has been invited to teach workshops and master classes for St. Edward's University Ballet Folklorico, Ballet Afrique in Austin; and Nudo Piedi Contemporary Dance Company in Laredo, Texas.  She has trained, taught, and mentored dancers for over 30 years.  Her dance protégé, Juan Pablo Flores received a nomination nod from the 2012 Austin's Critic Table Awards for her 2012 work of "Engulfing Addiction", which she choreographed and directed.  Ms. Villarreal is also the Associate Vice President of Community Engagement for Southwest Key Programs.  For 14 years, she has led community programming, events, and productions through multi-arts genres of Ballet Folklorico, Mariachi, Bilingual Theater, Spoken Word, and Orchestra.  Her role of nurturing community partnerships has led to the opening of the Victor R. Garza Community Center in Austin, Texas, where she has developed cultural arts, health and wellness, and continuing education programming for youth and adults, as well as community events and programming in California, Arizona, and the greater Texas areas of Houston, San Antonio, and Brownsville.

In May 2015, Ms. Villarreal branched out and created her 501c3, Lotus Contemporary Performing Arts, while still providing support to Ballet East.  In May 2019, Mr. Mendez personally asked Villarreal to continue the work of Ballet East Dance Company, which she humbly accepted.  She rejoined BE as Executive Artistic Director and continues to honor the commitment and mission of Mr. Mendez's work of bringing arts to the community and the community to the arts.

Additional key roles she holds is Board Chair of LULAC National Educational Learning Service Centers, Deputy Director of LULAC District 12, Vice President of the East Austin Lion's Club, and Board of Directors for Sana Yoga . In Spring 2010 and 2012, she was nominated by Southwest Key for the Ballet Austin Guild's "Women On Their Toes Award", due to her extensive commitment and dedication of services to the East Austin Community through the arts.  In December 2015, Ms. Villarreal received the Southwest Key Programs “Angel Award” for her dedication to the arts in East Austin. Recently she was nominated by HABLA for  the HABLA con Orgullo Award Latina Community Leader in September 2022.

Originally from Mexico City, he has 25 years of experience in the world of dance. He was a solo dancer of the 2 largest and most renowned folklore companies in Mexico: The "National Folk Dance Company" directed by Nieves Paniagua and the "Ballet Folklórico de México" directed by Amalia Hernández (rip) with whom he toured national and international , for more than 20 countries in America, Europe and Asia. As a contemporary dance dancer he was a member of "Contempodanza" directed by Cecilia Lugo, "Ballet Dance Studio" directed by Bernardo Benítez, performing presentations and seasons in the main theaters and festivals held in Mexico, as well as in Spain and Puerto Rico , and "Aksenti" directed by Duane Cochran with whom they win the first place in the "INBA-UAM National Dance Award" which is the most important contemporary dance competition in the country. In the field of the variety show he was a member of the "Ballet de Televisa" (main open TV channel) and the "Ballet de Siempre en Domingo" with whom he collaborated in various events and TV programs; was dancer of the singer Daniela Romo with whom he made seasons in nightclub, theater and in Sn. Juan from Puerto Rico; was also member of the tango show of the Argentine singer Hugo Jordán, with performances in nightclub and TV. In 1992 he moved to the city of Cancun where he worked as a dancer and choreographer in various entertainment shows -folkloric, Caribbean and international- for multinational guests of Gran Turismo hotels; he also produces and choreographs the shows "Sueños de Tango", "Noche de Salsa" and "Malambo Argentino" presented in restaurants, hotels and convention centers of that city. Participates in the Trade Days Festival in the USA, presenting pre-Hispanic and indigenous dances as a special guest within the program of Native American Dances. He has taught folkloric dance at all levels, contemporary dance and jazz to beginners and intermediate dancers, salsa dance and beginners.

Raised in Austin, Texas where she began dancing at the age of five, Ms. Huerta studied many forms of dance such as ballet, jazz, tap, modern, and musical theater.  At the age of 10 she joined her first dance company, Believe In Me, starring in three productions.  There she studied under Tamara Barrington, Laura Agnew, Leticia Rodriguez, and Valdo Perales.  Ms. Guerrero attended high school at the McCallum Fine Arts Academy performing in over 12 productions.  After high school she took three years away from dance to focus on her education at The University of Texas at Austin.  To refocus on dance, Samantha took many major and non-major dance courses at the University. She studied modern and contemporary dance with Lorn MacDougal and Andrea Beckham. In May 2013, Samantha graduated from The University of Texas at Austin with a Bachelor of Science in Biochemistry.  After college, Samantha continued to focus on dance performing five seasons with Ballet East Dance Company. Ms. Guerrero then joined Lotus Contemporary Performing Arts company for its first premiere performance in May 2015 and has spent the last few years dancing with Lotus. In April 2020, she returned to the Ballet East family with its new transitions under Melissa Villarreal. In January 2022, Ms. Huerta was named as the Associate Artistic Director of Ballet East Dance Company.